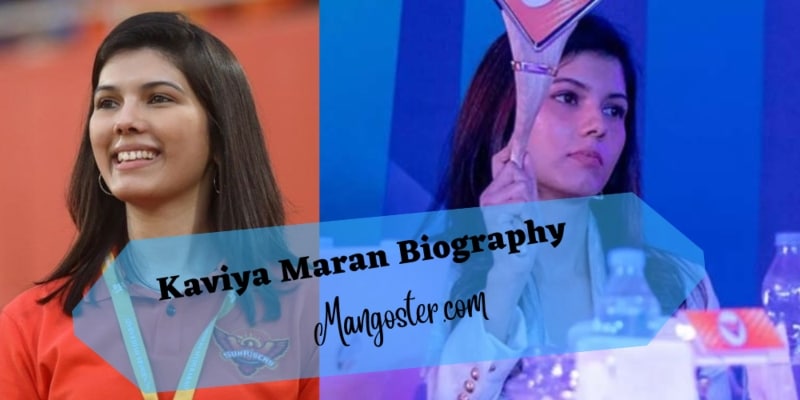 In the recent auction held at Bengaluru, cameras constantly focused on one person, whom we know as Kaviya Maran. So, you may have also seen her during the Sunrisers Hyderabad matches, right? There were a lot of people who asked on Twitter and Instagram about the ‘mysterious girl’. So, we knew for a fact that she has some connection to the Sunrisers Hyderabad franchise. Now, the recent auction has once again focused on her.

On the social media pages like Twitter, Facebook, and Instagram, her pictures with different facial expressions have gone viral. In fact, she has also become a subject of a meme these days. Amidst all the controversy surrounding SRH and their former captain and player David Warner, Kaviya Maran has most certainly provided a fresh breath of air to the cricket fans.

So, if you want to know about her, then you are at the right place. In this article, we shall explore the life of Kaviya Maran and take a look at her profession, her parents, and also her relationship status. Furthermore, we will also provide you with some interesting facts about her life. Last but not least, we will conclude with some FAQs on her.

Who Is Kaviya Maran & What Connection Does She Have With SRH?

As we said earlier, fans have spotted her on numerous occasions during the SRH matches in IPL. So, it’s worth noting that Kaviya Maran is the daughter of Kalanithi Maran, the founder of Sun Network. It’s one of the most profitable media companies in Asia as well. On the other hand, her mother Kaveri Manan is also quite famous as the joint managing director of this company. Furthermore, her mother is also the highest-paid businesswoman in India according to the sources.

Kaviya, therefore, has involvement in the work process of Sun music and Fm channels like SUN tv. Moreover, she’s also sunrisers Hyderabad owner. So, if you want to know more about the details of Kaviya, then let’s take a look at her biography.

A Short Biography On Kaviya

So, Kaviya Maran, the daughter of Kalanithi Maran was born in the year 1992 on 6th August. That’s why she’s around 29 years old as of 2022. Presently, she’s the CEO of the SRH franchise in the Indian Premier League.

From her very childhood, her parents brought her up in a politically influential family. In other words, her father Kalanithi Maran is the son of the former union minister of commerce Murasoli Maran. In addition, he’s also the brother of India’s textile minister Dayanidhi Maran. Moreover, Kaviya Maran is the grand-nephew of the former Tamil Nadu chief minister M Karunanidhi.

So, all in all, we can say that the political background of her family is extremely strong. Her entire family members belong to political posts and she herself has involved herself in the franchise business in IPL.

Of course, we know Kaviya as the owner of sunrisers Hyderabad. However, did you know that she holds a degree of post-graduation with an MBA? It’s worth mentioning that she has shown interest in the Aviation and media sectors.

Currently, Kaviya Maran is looking after the SUN music affairs and also has FM channels of SUN TV. In addition to looking after the family business, she has also preoccupied herself with an interesting job. Yes, she has become the CEO of Sunrisers Hyderabad.

On a lot of occasions, she comes to the cricket ground to support her team SRH. So, because of that, she has become a fan favorite. Her various expressions at different cricketing situations have also given birth to many memes on social media. Despite all of that, we have to say that she’s an ardent fan of her team and that’s why people love her.

We have already mentioned the family of Kaviya Maran. She belongs to a Hindu south Indian family. Her father Kalanithi Maran is a famous person who is the owner of Sun music and industry. So, he started the business with a monthly video news magazine back in the year 1990. Thereafter, through sheer hard work and dedication, he became one of the highest-paying CEO in the country. According to the facts, he is also among the top 20 richest persons in India.

On the other hand, if you are looking for her personal life, then, unfortunately, you won’t find anything. She’s very secretive about her personal life and doesn’t share anything with the media as well. In fact, she doesn’t even have any social media presence officially. For instance, if you search Kaviya Maran Instagram, then you won’t find her real profile. So, that’s why we have no concrete proof about her boyfriend. However, we do know that she hasn’t married as of yet.

Some Facts About Kaviya Maran’s Life

Let’s take a look at some of the facts about Kaviya.

As per the sources, there’s no clear indication about her net worth. Having said that, her salary package is around 87.5 crores.

So, now that we know about  Kaviya Maran’s life, let’s check out some frequently asked questions about her.

According to the sources, her height is 5 ft 4 inches and she weighs around 55 kilograms. She has dark brown eyes, fair skin, and black hair

Does Kaviya Maran Have A Social Media Profile?

Unfortunately, she doesn’t have a social media page of her own. However, fans of IPL and SRH do post her pictures from the cricket ground.

Does Kaviya Maran Have Any Connection To Google’s CEO?

If you search Kavya on the internet, you will come across Google owner daughter photo instead of Kaviya of Sun group. Actually. Sundaram Pichai has a daughter whose name is Kaviya. So, there lies the confusion.

Is Kaviya Maran An Actress?

Kaviya Maran is not an actress but a businesswoman. She’s the daughter of Kalanithi Maran and also the CEO of the SRH franchise in IPL.