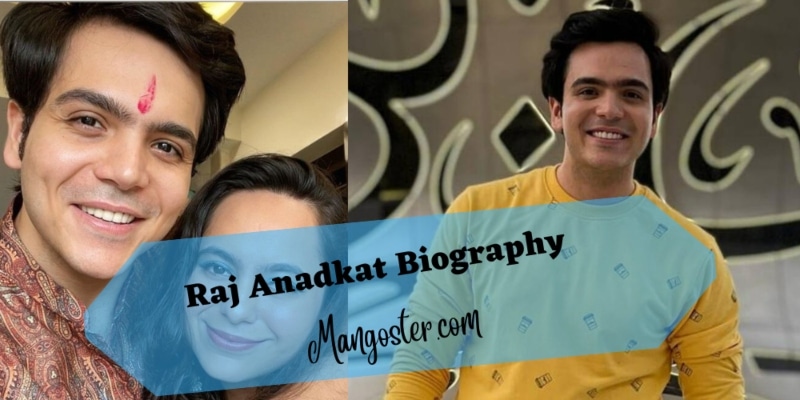 From Meri Maa to playing the role of Tappu in Tarak Mehta Ka Ooltah Chasma, Raj Anadkat continues to soar high. From time to time, he has proven himself with his excellent acting skills.

Moreover, he continues to do so without stopping. Currently, because of how many projects he has been roped in, Anadkat’s net worth has shot high. Therefore, we have decided to share with you a few major points about the actor.

Who Is Raj Anadkat

Before Raj Anadkat came to be known as Tappu, we saw him making his debut in one another famous series.

He was born on November 7th, 1996. As of now, Raj Anadkat Age is 25. At such a young age, he has shown impeccable skills and service in the realm of entertainment.

Based on multiple reports and other news outlets, the net worth of Raj Anadkat has been hovering around 18+ crores in Indian Rupees.

Moreover, it required a lot of Raj’s efforts and dedication to reach where he is right now. All thanks go to his supportive parents.

Before he started as an actor, Raj was a studious student who submerged himself in studies. Currently, he has emerged as an uprising YouTuber.

With his fan base increasing day by day, one can see him honing his acting skill. As of 2022, Raj has around 1.3 million subscribers on YouTube alone.

In addition to that, he is also known to us as Tappu. It is one of the major roles that landed him in our books of worship. The role of “Tappu” in “Taarak Mehta Ka Ooltah Chashmah“ gained him recognition.

However, that is not all. He has also worked alongside many actors and actresses in series such as Ek Rishta Saajhedari Ka and Meri Maa.

Born on November 7, 1996, in Mumbai, Maharashtra, Raj Anadkat has always been pampered by his family members. He belongs to the traditional Hindu Upper middle-class family.

Because of this, he had a good run throughout his educational journey. Although there is not much available on his parents, we can say that they are supportive of what he does.

One piece of information that the actor and the YouTuber have shared is that both his parents live in Mumbai. Sources close to the actor have revealed that it was his mother who prompted him to become an actor.

When it comes to siblings, he has one sister. The name of his sister is “Sonu Anadkat”. Although called a mischievous kid in the block, he always had an affinity towards education.

During his school days, he was brilliant. Moreover, when it comes to sharing details about his educational background, only a little is available to the public.

Although we know that he has completed his primary as well as higher secondary education from Mumbai. After he graduated from high school, he got into a college for higher education.

In one of the colleges in Mumbai, he has obtained a degree in “Bachelor of Mass Media”. He has always wanted to be in the field of media.

The Professional Life Of Raj Anadkat

The professional life of Raj Anadkat started in 2005. Yes, he was only eight years old when he started working professionally.

Although it was not a big or major role. Nonetheless, it was the role that got him enthused about acting. Moreover, he had to struggle a lot to bag roles in the early days.

However, once he got a hold of it, he started working towards perfecting his acting skill. He made his first debut in “Meri Maa.

Although, he came into the limelight when he successfully joined the cast of “Ek Rishta Saajhedari Ka” in 2016.

After that, he also joined the cast of Mahabharata. Although the role he bagged was very small. Nonetheless, an important one. In this series, he played the character “Nishant Sethia”.

However, he got his big break in 2017. Raj joined the cast of the popular TV serial “Taarak Mehta Ka Ooltah Chashmah”.

If you are wondering about the tapu real name, then guess who it was? It was none other than Raj Anadkat. He replaced the actor of “Bhavya Gandhi” for the role of Tappu.

Currently, Raj Anadkat has a YouTube channel where he drops videos now and then. He has a large fan base. Moreover, he draws a high revenue from those videos.

He is a very hardworking person and one can see it evidently through the efforts he put into the shows.

Moreover, he is a confident man who is goal-oriented. He is very close to his sister, Sonu. When it comes to dating, he does have someone.

According to many sources, his rumored girlfriend is Munmun Dutta. We know Dutta for the character of “Babita Ji” on the Taarak Mehta Ka Ooltah Chashmah.

Raj Anadkat earns through multiple means. Some of the sources for his income are acting, sponsorships, personal business, brand endorsements as well as investments, and YouTube. Currently, the estimated rate of his net worth is 18+ crores in Indian Rupees.

Raj anadkat height is 5’11”. He is 71 kg. Moreover, his zodiac sign is Scorpio whereas the color of his eye is black. He hails from a Hindu family.

The actor has not made his contact information public. However, one can reach out to him at “raj.anadkat@qyuki.com”.

Are Raj Anadkat And Munmun Dutta in a relationship?

Yes. They are in love with each other.

What is Raj Anadkat’s Salary?

The salary of the actor is 18crores in Indian Rupees. For each episode of TMKOC, he charges up to 55-60 thousand INR.

To know more about him, follow the actor on his social media accounts.